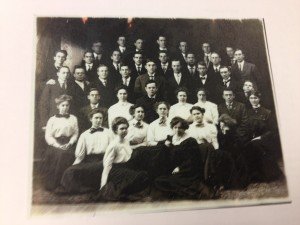 . The associations focus was to promote an interest in broad political and economic reforms; the most vital one of the focus was an elimination of “the evils of liquor”

. He was known for several issues including defending prohibition 38. When asked in a newspaper publication about the topic of prohibition and Syracuse University, he stated,

Two things must be kept entirely separate: (1) The attitude of the University toward indulgence in intoxicating liquors. That has been invariably the same since the origin of the University, and is practically the same or approximately the same in all leading educational institutions; drinking is not accepted by any as an academic accomplishment nor tolerated as a necessary feature of student life. This has no relation to politics or to methods of regulation of the traffic. Syracuse University’s attitude is the same now as it was in saloon days and as it will be under any system of regulation. (2) Of entirely different complexion is the University’s attitude towards the question of the best governmental method of handling the liquor traffic 40.

This publication from the Syracuse Journal suggests that the chancellor was stating the fact that drinking will not be considered as an accomplishment or goal of an individual. He furthermore states that alcohol has no relations to the student life whether if it’s academics or in organizations. Many students view drinking as in integral part of their lives. The second point he makes states the fact that the university had no relations on whether or how the liquor was trafficked into Syracuse University or the city itself as one of the major problems were bootleggers and illegal manufacturing of liquor at that time. While the second point isn’t much relevant, the firsts statement regarding prohibition is important since it relates to how the university views the consumption of alcohol. In addition to the statement given by the chancellor, the University had a policy in regards to alcohol which states,

“Indulgences in intoxicating liquors, purchasing the same or frequenting places where sold, also gambling, being abuses of student privileges and violations of the traditions and principles of the University, are forbidden by its regulations. A student by the act of registration agrees in honor to observe these regulations, and the University therefore must act toward any such indulgences with the utmost severity” 40.

This rule concludes that many students were advised to keep their drinking out of sight of authorities as it was deemed by the university to be in violation with the student’s honor code. Still drinking flourished outside of the campus as well as private properties as many individuals partook in the event without any reported repercussions from the authorities that were overseeing the alcohol consumption on campus as well as in the city.

Prohibition proved to be unfavorable to many individuals and lawmakers and in 1933, the 21st Amendment was ratified to repeal prohibition 42. After prohibition was repealed, many breweries in Syracuse re-opened, such as Zett’s, Bartels, Greenway, Moore and Quinn, and Haberle 17. Although some breweries had re-opened, many restrictive laws remained on the books that inhibited establishments of small breweries 17.