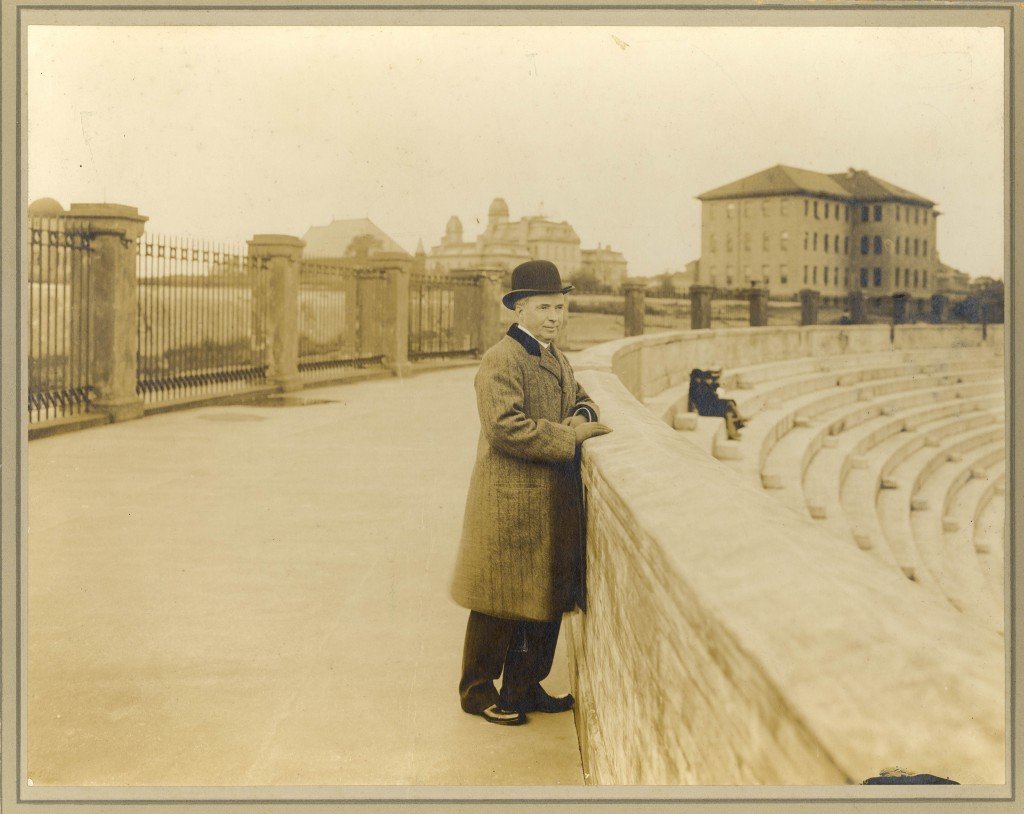 Construction of the stadium took place from May 1, 1905 to early 1908.  It was located at the southeast corner of Steele Hall. When it was opened on September 25, 1907, the inside of the stadium was close enough to completion to accommodate the first game’s audience, but the exterior walls were not yet finished. 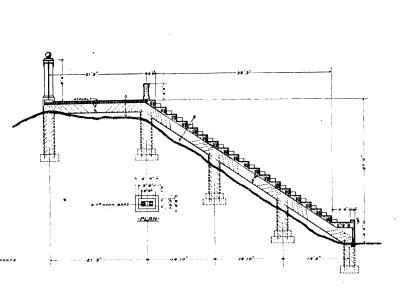 Archbold Stadium was designed from the ground up to accommodate Syracuse University’s football team, but it also hosted the track and field team who used the oval track.  On occasions, the baseball team would also use the field to practice.  During the Stadium’s 71-year lifespan, a total of 385 football games took place on the field.  The Orangemen franchise was one of the most prestigious in the country, with over 6 million spectators to witness it.  Great All-American runners like Jim Brown, Ernie Davis, Floyd Little, and Larry Csonka all were iconic athletes of the sport. 10 Ernie Davis, who wore the famous number 44, was the first African-American to win the Heisman Trophy. In 1959 Davis along with Art Baker and Gerhard Schwedes who made up what was known as the “Dream Team,” went undefeated for the season and took home the National Championship. 11 The Orangemen played some of the most regarded teams like the Ivy Leagues, Yale, Dartmouth, Brown, Columbia, and Princeton.  Thanks to the world-class facilities, Syracuse football brought in some of the most talented athletes around. 10 Syracuse University has been a major contender in the sport from Archbold’s completion to present day.

As time took its toll on the stadium, it started to look like the end of days for the historic arena.  The 71 year-old arena has seen its share of Syracuse winters and its age was beginning to show. The concrete grandstand was deteriorated and was demolished and the cement had become a web of cracks and chips. The drainage system no longer functioned and flooded locker rooms were a common occurrence. The rodent problem became such a problem that visiting teams had to prepare for the games off site. The once historic icon was now becoming a nuisance and an eyesore for the University.  Over the years, upgrades have been made to the structure to increase seating capacity, which at one point reached 40,000. 13 The initial cost of the stadium was $600,000, but with all the additions and maintenance, the overall cost was over $4 million. 10 But due to new fire codes and regulations, the legal capacity for the stadium was only just over 30,000.  In 1977, the College Football Association announced that NCAA stadiums must have a capacity of at least 33,000 people in order for there to be national telecasts.  In 1977, Vice Chancellor Clifford L. Winters started planning the demolition of Archbold Stadium and the construction of a new domed arena in its place. Demolition of the old stadium started immediately after the last season home game on November 11, 1978 and was completed in March 1979.  The $27 million structure named the Carrier Dome after a $2.75 million donation from the Carrier Corporation was the 5th largest domed stadium in the country.  At 7.5 acres, it just barely covers the footprint of Archbold Stadium. 13